If anyone who adopts their dog and doesn’t have the immediate ‘connection’ they think they should have – don’t worry! It will come!

We started fostering Yolo, and when we got him he was so timid. He settled in well enough to sleep on our floor, but he wouldn’t come near us or wag his tail at all. We struggled to get him to eat or go to the bathroom. He was adopted only a few days later but returned to us nearly a week after that.

By this point I could see he had a personality inside, so we had to keep going. He wouldn’t go near my husband. If my husband sat next to him he would stand up and walk away. He wouldn’t take treats from us and wouldn’t play with any toys. But then in the mornings when he woke up he would wag his tail when he saw me. So we kept going.

Fast forward two months and he’s so different; he plays with toys, gets super excited when he sees us, and usually every night around 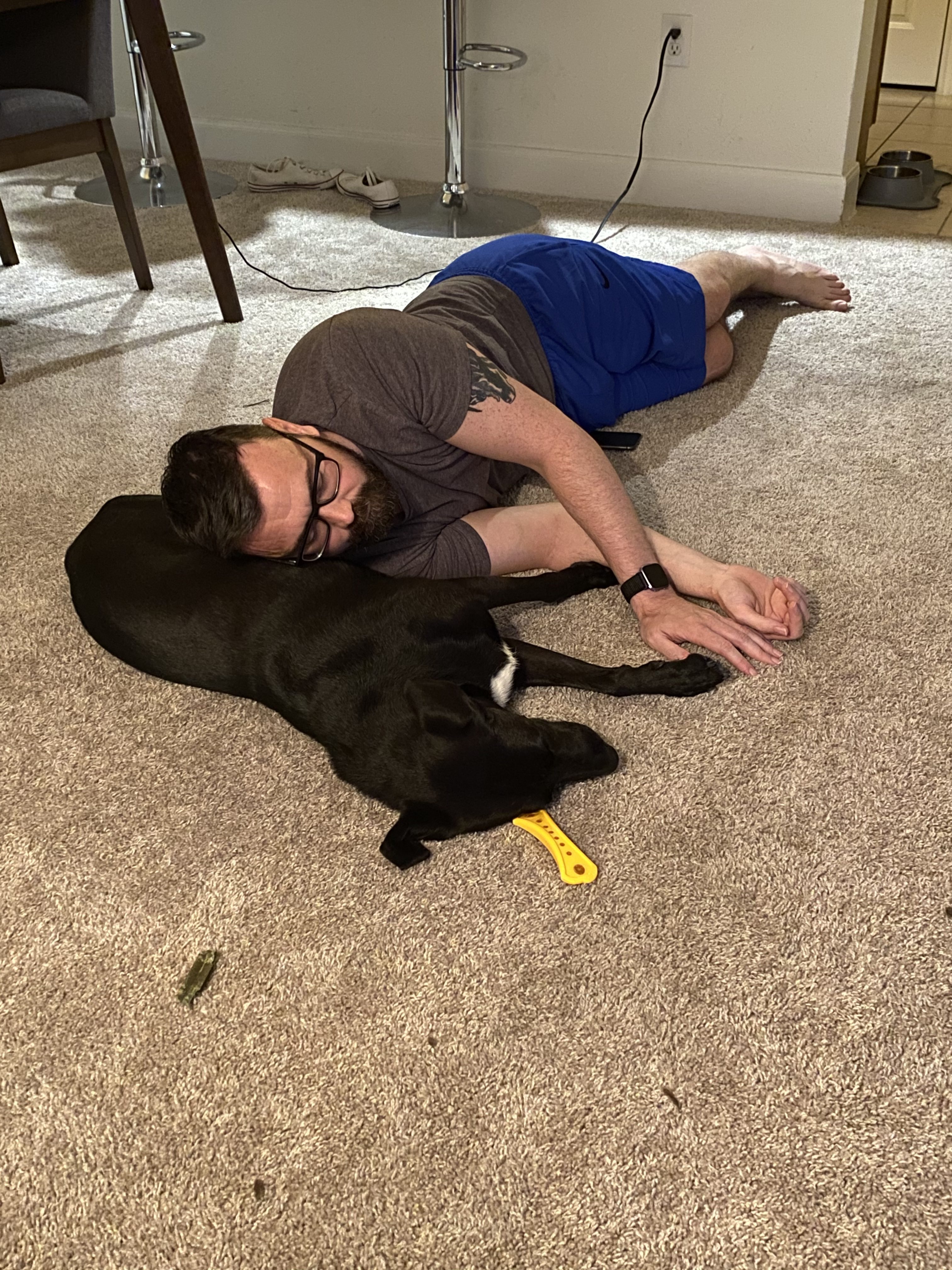 8pm he strolls over to us seeking cuddles. Sometimes he even chooses my husband over me (ouch!). He still has times where he looks sad and doesn’t want attention, but I KNOW this will change over time. He’s just not used to people who love him!

I just want anyone who has watched the adorable social media videos of people who adopt their dog and skip off into the sunset (because we all love them) to know that it might not be like that initially, but if you put in the work and stand by your pup, s/he will learn to love you more than anything!