By ajones on November 9, 2020 in Houston Pets Alive! Blog

Something we get asked a lot is what “good play” looks like – folks often aren’t sure if their dogs are playing, they are being too aggressive, or if all the noises they hear are friendly or not!

While every dog has their own preferred playstyle, before allowing dogs to play I always make judgement calls on “if things are OK or not” based off of a couple initial factors:

Size differences: If there are pretty dramatic size differences, the play style has to be appropriate for the smaller dog. Even if things start out in good spirits, it can get very unfair quickly if the larger dog is using their weight/body a lot OR their chase drive kicks in and they start to get too fascinated by a quick little dog. Be very, very careful about playtime between bigs and littles.

Age differences: Young/adolescent dogs don’t always jive well with older/mature dogs. The youngsters can often times wear out their welcome quickly with the older crowd, so be aware if the older dog is loosing their patience and the youngin’ is being a pest. An older dog correcting a younger dog for inappropriate play is OK, but make sure you know the older dog gives fair corrections (and doesn’t just become defensive and actually harm the pup) AND that if they’ve corrected the pup before and it hasn’t taken the hint, then YOU step in and advocate for the scenario. Older dogs don’t enjoy constantly having to police and be trampled on by rude pups who aren’t getting the message.

Relationship: Are these dogs interacting for the first few times together, or are they buddies or housemates who see each other regularly? Dogs who play rough and tumble with dogs they’ve known for a while don’t always feel comfortable being as rowdy with dogs they’ve never met. Just like we learn to set boundaries and open ourselves up to be more vulnerable in our human relationships through trust and familiarity, dogs do too. Play styles often develop and change as the relationship changes. Unfortunately, often rough and rowdy dogs rush the process for more sensitive dogs and can send them into defense, causing a scuffle or fight with dogs who eventually become very dog selective due to bad experiences.

Temperament: Are the dogs who will be mingling of compatible temperaments? Not every dog is going to like every dog, and a yard full of assertive, posturing, intense dogs is bound for trouble. Learn what you can about dog body language and try to decide where your dog falls in their personality and temperament. More submissive dogs tend to get along with everybody, while assertive/strong personalities may need to be watched and controlled carefully or put only with very submissive or low energy partners. Also, know that humping and over the back chin posturing is super rude and assertive and can cause conflict fast!

Play should always be fair with give and take. If one dog is constantly being pumbled and chased, and when trying to make space to regroup is just chased some more, the play is going south. This happens a lot in doggie daycare or at dog parks – overly friendly (or over assertive) dogs who can’t read body language well pummel more sensitive dogs too much and we find over time reactivity, defensive displays, and poor social skills follow for the dog who was pushed around over and over.

Some dogs are vocal players! That said, usually lots of vocalizations paired with fast and sharp body action means the arousal levels are kicking up. If your dogs know each other’s limits and can “hulk out” like gladiators, then it’s no issue – but if you’re not sure if it’s OK to get that rowdy, you feel uncomfortable, or your dog has displayed over and over that a high level of arousal often leads to some sort of snarky/overstimulated spat, it’s time to start interrupting the play before it gets to that point so your dog can learn to regulate.

A rule of thumb is that most dogs do well with bouncy play bows, floppy chewy cheeks, and low key romps back and forth that don’t involve a lot of physical contact.

More rough and tumble wrestling is something not every dog enjoys, and needs to be watched closely with new relationships being developed between dogs.

When movement moves from loose and floppy to sharp, hard, and fast (chasing included) – arousal is increasing, which means trouble could be brewing! It might be time to interrupt and learn the signs of arousal raising during play!

I’ve said it before, but it’s a great analogy: you have to be a lifeguard in a sea of dogs!

Jonathan Daniel is the owner/operator of Dignity Dog Training where he practices reward-based dog training. He handles difficult dogs of all breeds and behavioral issues that would otherwise be euthanized. Jonathan focuses not only on basic commands, but giving pets the choice to make good decisions and access a calmer state of mind so they can reach their full potential.

Billie Jean – FHO surgery
Ask a vet: looking ahead to the holidays, the scoop on poop & other things 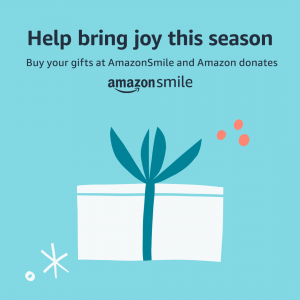