By Mandi Lovett on September 17, 2017 in Houston Pets Alive! Blog

We have always wanted to foster, but decided putting it off until after we were married was our best bet. But when the storm hit, we decided fostering was a tangible way to help – and we could no longer wait until 2018 to start. We immediately signed up to foster through Houston Pets Alive!, because we know so many people who have had amazing foster experiences through them.

After the storm, it was a little chaotic. Shelters were flooded. Others were closed. Emergency organizations were coming in to transport animals to other cities for adoption. For a few days, no fosters were available yet – until I saw Bill. 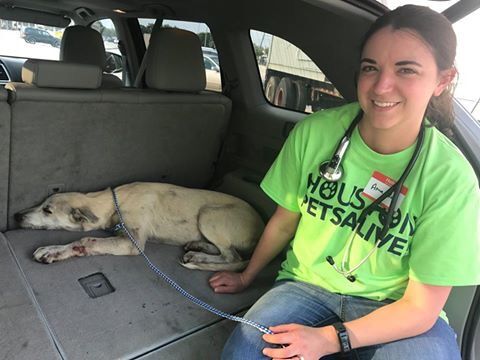 Bill and Amanda, one of the veterinarians on-site when he was found.

Bill was rescued by Houston Pets Alive! volunteers a couple days after floodwaters had receded. Volunteers believe he was hit by a car, left for dead and beginning to deteriorate as ants ate him alive. There had been many posts about Bill on the Houston Pets Alive! Foster Network Facebook group, and we had been following his story closely, as we watched for updates on when foster parents would be needed. 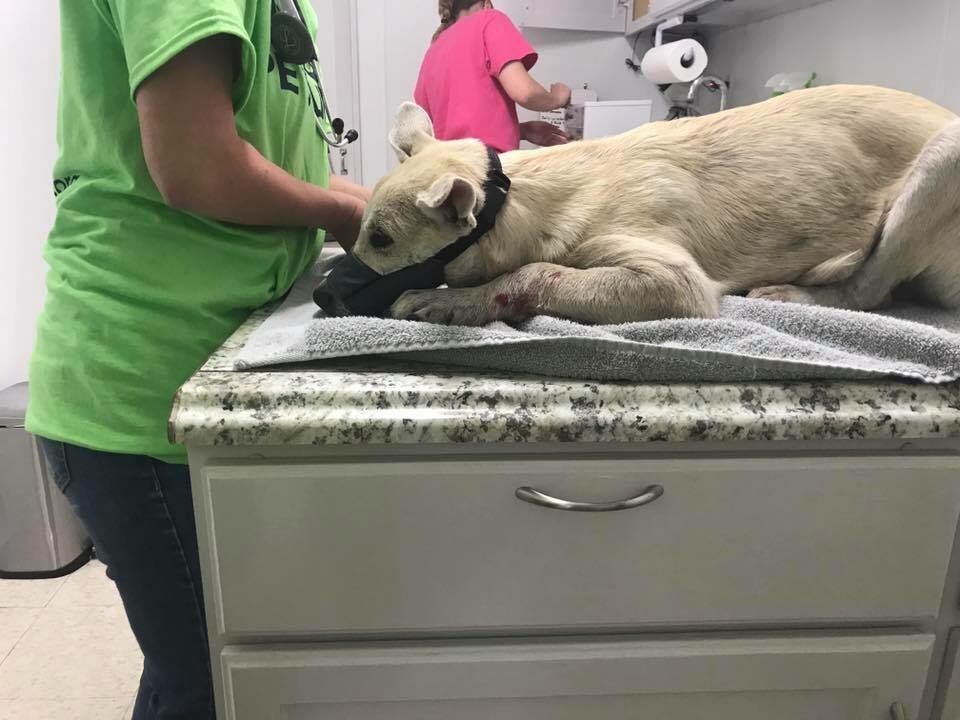 Bill at the on-site veterinary clinic.

The ask came from a Houston Pets Alive! volunteer, “Would you be willing to foster a medical dog?” When we first filled out our application, we opted out of medical foster, because we were afraid of spending too much time at the vet – and not enough time with our current dog, Regal. But we saw Bill’s need and couldn’t say no. We immediately got his living quarters at our house ready for him and headed down to Pearland to pick him up from the Emergency Vet. 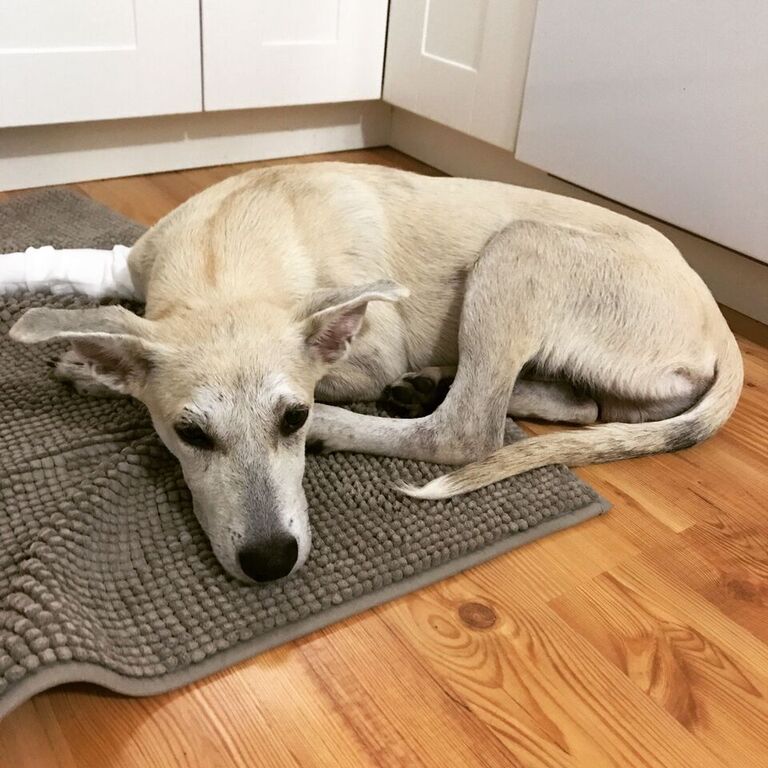 Bill when he arrived at his foster home.

The first couple of days with Bill were tough. He could barely move. He was depressed. But he was eating and drinking water, so we knew he was a fighter. As days went on, we could tell he was getting stronger.

Bill relaxing at the yard in his foster home.

Soon, we started getting smiles and a lot more tail wags! He started moving on his own to get to the backyard to use the bathroom. He started resting his head on our laps when we sat down next to him to give him some love. And he continued to get stronger.

Less than two weeks later, Bill looks and acts like a completely different dog! You can tell his pain is fading away as he more frequently ventures from his living quarters, travels to the backdoor when he’s ready to go outside and waits back at it when he’s ready to come inside. He’s a trooper in taking all of his medicine and is starting to feel less self-conscious about his non-working leg. 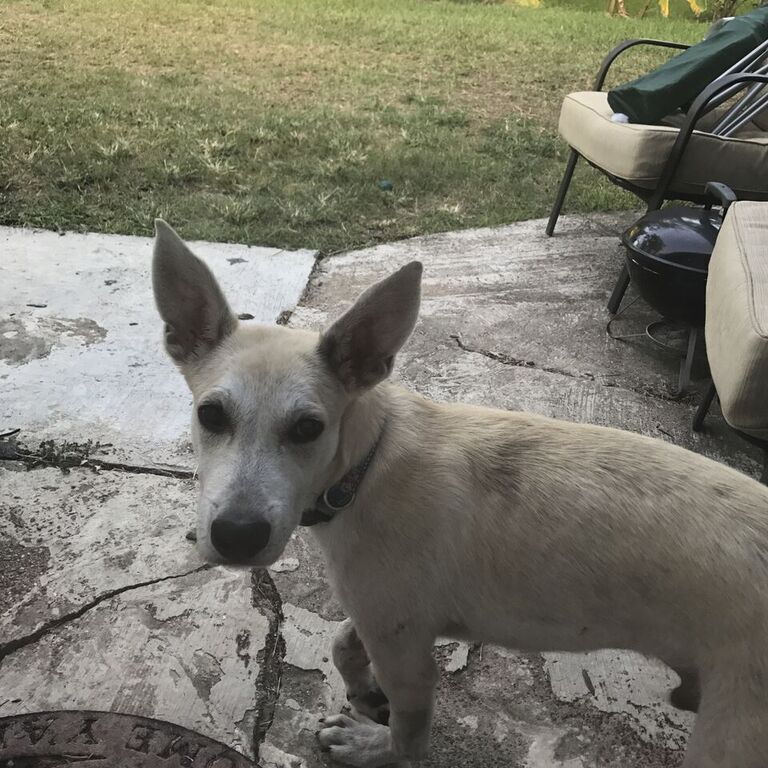 Although we weren’t ready to foster – let alone medical foster – it’s been one of the most rewarding experiences we have ever signed up for. Although we will have to take a two month hiatus during November and December for our wedding, we plan to take it back on in 2018.

In the meantime, (we’re not sure when) Bill will be in need of a forever, loving home – with a family who is patient and kind. He may not move as fast as other dogs, but appreciates your love more than any dog I know. He will never take you for granted. His current favorite activities are: Eating, tummy rubs, wagging his tail, chewing on bones, following Regal around when he’s feeling strong, and resting.

Bringing pets, owners back together after Harvey
This Volunteer Dropped Everything To Help Texas