Jeff thought he was prepared for Hurricane Harvey. He did everything that was suggested to do and was ready to wait out the storm in his home in Texas City. 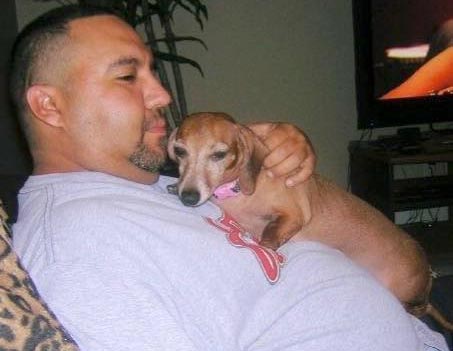 Unfortunately as the rain came down, his precious 14-year old dog Dallas passed away from natural causes in his flooded-in home. Jeff was inconsolable at having lost his best friend during this catastrophe.

“I had 14 wonderful years with the most amazing family member. She was my baby girl.”

What Jeff didn’t expect was that his sweet dog Dallas would actually be another dog’s guardian angel.

The morning after Dallas’ passing, Jeff was walking around his flooded neighborhood and found another dog wandering around the deeply flooded road. The dog’s looked nearly identical and Jeff knew he couldn’t leave the poor little girl out there in the storm.

Jeff took her in, bathed her and was desperate to find her family. 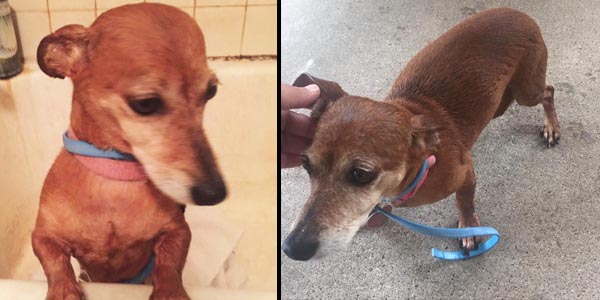 This nearly identical dog was found in Jeff’s neighborhood in Texas City.

Thankfully, the dog (named Pera) had escaped from her home a few blocks away and her family had been trying to find her. Jeff saved the tiny little girl from being swept away in the floods and was able to reunite her with her family.

Condolences to Jeff’s family on the loss of Dallas, but we know she was watching over and guiding him to save Pera.

Want to save more animals in Houston? Donate to Houston Pets Alive.

Putts for Paws
Strut Your Mutt