By Mandi Lovett on February 28, 2018 in Houston Pets Alive! Blog 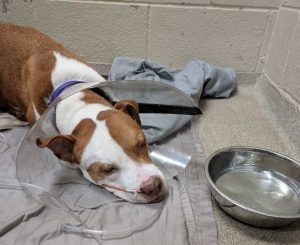 A dog that had barely reached her first birthday was fighting for her life, again. We had already saved her from imminent euthanasia at a local municipal animal shelter, but now we needed to save her from illness.

After we noticed Daisy having trouble breathing and eating, we rushed her to the animal hospital. Veterinarians said she possibly had pneumonia, but they were wary about her making it. Daisy was hooked up to oxygen and began treatment. She wouldn’t even eat her favorite food, peanut butter. We called out to our followers on social media to help us save her and they answered. In two days, we raised $3,442 for her care. A week later, Daisy is back at the shelter and getting better every day. 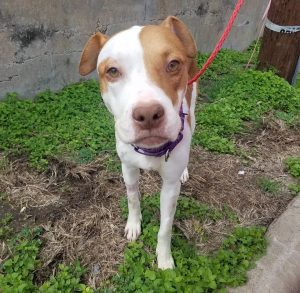 Puppy Bowl finds forever homes for dozens
The Vet Is In The House (Well, Shelter)